A downloadable game for Windows and macOS

SCARY TALES VOL 1  -   After a late Friday night of partying, you wake up to a strange package at your door. Four mysterious  tapes you don't remember ordering. Will you dare to watch them?

Four  of the scariest  Puppet Combo shorts in one shocking anthology! They will  rattle   your body and   haunt your dreams!

In order to download this game you must purchase it at or above the minimum price of $6.66 USD. You will get access to the following files:

Viewing most recent comments · Next page · Last page
si2fye32 days ago
The jumpscare had me jump out my chair...
Reply
Momentz47 days ago

The jumpscare was unexpected

played night shift and it scared tf out of me lmao amazing jumpscare loved it fosho plan to play the other games soon!

On night shift it says stay out of the house in the pause menu, Is there a fix for this (is it a glitch or on purpose)

Even the customers were scaring me...

Night Shift was absolutely terrifying... had to be the biggest jumpscare I've ever experienced.. hope you enjoy the reaction!

Night shift was amazing to play watch video for my reaction

Feed Me Billy brought out a new side of me that I've never seen before!

Night Shift gave me such a bad jump scare that I almost flew out of my seat! Good stuff guys!

This Game Got Me Screaming, IT'S SO GOOD!

I played Night Shift and it got me good!

I played The Night Shift, awesome game! Will upload some more of the included games in the bundle as I go.

I don't really like horror games, but this one, this style, I love it !

damn check that out. the very virst comment ive ever seen on itchio that isnt trhi g to  promote their youtube channel. a true unicorn

I hope stay out of the house can be sold on steam, because I prefer to buy it on steam.

i played it i pissed myself when i played night shift

THERE IS NUDITY! I wish I knew before streaming on twitch I wish they would put a warning on their games. I bought the bundle because I was told puppet combo was a good horror game maker and the first one I played was this one and it has nudity on it. I don't know if the others have nudity too can't play them. Gonna talk to puppet combo about it.

its only the spiders one

So I bought this game some hours ago, but the only thing I'm able to play is the story mode. Whenever I go to play the tapes in the menu, it just sits there and doesn't load anything. I can't play any of the 4 games. Can someone help-?

I was actually able to figure this out a few weeks ago. You need to go to "Go" at the top of your computer, then click library.  From there go to "Application Support" and click on "itch" and then "apps". Next find the file  "scary-tales-vol-1".  In this file you will find another file by the name of "Puppet Combo's Scary Tales Vol 1".  If you click on that and then click games next you will then see the files for each of the games. Just click on whatever game you want and play. Hope this helped :).

thank you so much

Reply
Rhys Sanders259 days ago
Said 6 months ago it was the biggest jumpscare I've ever had. That's still true to date.
Reply
JediMasterLex262 days ago(+1)

Did the issues on Mac ever get fixed?

Whats creepy is that it charges you 6.66$ lol

Reply
HuffleScuf281 days ago
Feed Me Billy was such a crazy/insane experience. Never have I ever actually felt so uncomfortable playing as an actual serial killer in a horror game. This game made me question what was actually real.. if I was really the killer or if it was all in my head. Overall a really disturbing, yet interesting experience! Highly recommend it!
Reply
Jackpage43088197 days ago

thanks for posting a video of the game, now i dont have to purchase it.

IF YOU GUY'S ENJOYED THIS VIDEO PLEASE BE GENEROUS ENOUGH TO SUBSCRIBE AND LIKE MY VIDEO THE SUPPORT GOES ALONG WAY I USUALLY UPLOAD & CREATE CONTENT ON MY FREE TIME SINCE AM A WILD-LAND FIREFIGHTER WITH A BUSY WORK SCHEDULE I DO PROMISE TO CONTINUE FUTURE VIDEOS THANK YOU & BE SAFE ! :)

Feed Me Billy gave me chills...

is this a video illustrating just how feed me billy gave you chills, or are you just trying to farm views like every other comment on here?

I played this game for a video and I think this is the greatest jumpscare Ive ever seen, fully recomended.

I am looking for the game '7 Days'. I saw a video on YT and wanted to play it. Now I can't find it anywhere. I don't want to subscribe to Patreon. But of course I would buy the game. Will it still come here? I would also make a video on my channel and introduce it to people. I'm not really a fan of pixel games, but this looked really good. Very artfully designed. Of course, I'll try out another game here first.

Reply
Clashing309 days ago
I finally get to playing yet another puppet combo game on my channel! This one was mad disturbing!
Reply
mineralsoda310 days ago(+1)

hey, puppet combo. I don't know how to email you, so I'll just leave this here I guess. 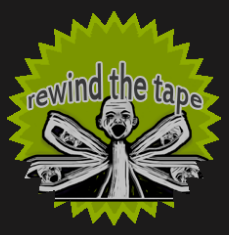 as of recently, he's been getting a lot of recognition. Notably, Kubz Scouts played his games which were both bootlegs of Scary Tales.

So far, no one has really called him out for this, or maybe they have, but no one's noticing it, because the 616games keeps silencing them. I made a post on his game pointing out how he's bootlegging your games, and he just deleted my post.

I even tried to be constructive in my post, but, no. He didn't want anyone to know that he's copying you, so he deleted my post.

I'm not exactly sure what he's trying to do, but he just seems to be copying every game that has gone viral recently. such as fears to fathom: Norwood hitchhike.

hope you see this, man. What's happens now is up to you.

They didn't even try to hide it as well

it seems like he's just bootlegging every game that goes viral. the worst part is that he's stealing other people's works and passing them on as his own. then he has the audacity to release a sequel. he didn't bother shouting out puppet combo or even saying he's inspired by him. absolute scumbag.

I've been saving this one for quite some time, but SPIDERS took me a loooong time to get the black widow.

All 4 Games with Meta Story (No Commentary) with tags

great, thanks for posting the video.  now i dont have to buy the game since you posted the whole damn thing

sorry, everyone is way more preoccupied with promoting their youtube channels instead

I find The Riverside Incident to be a fascinating project. I made a video with my own analysis of what's happening. I highly recommend the whole volume!

HOW DO YOU PLAY

I accidentally dropped the knife after watching the second tape, after going through the hole, and it disappeared. I wasn't able to continue after the cat-human things appeared, as I couldn't kill them.

It's really a nice collection of vhs horror stories, but the scene with the cat i found it really disturbing, and totally unnecessary. I heard that's something that has been added by paying patrons, but still the author could've opted to left it out. That almost made me want to stop play.

definitely gonna get this game now

you were made uncomfortable by a horror game? must be a good horror game then 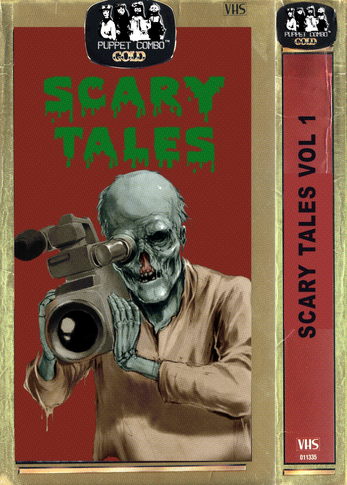